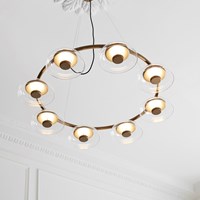 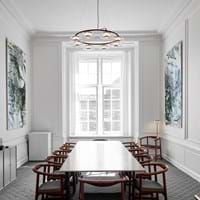 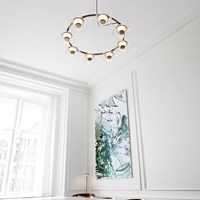 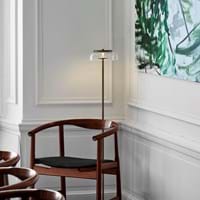 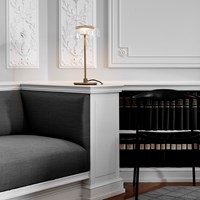 As a symbol of the Danish democracy, Christiansborg Palace lies on Slotsholmen (Castle Island) in the middle of Copenhagen. The canals of the Danish capital wind their way around the heart of the kingdom. The Queen, the Danish parliament and the office of the Danish prime minister all operate from within the confines of the palace.

Our Blossi 8 chandelier, Blossi Floor and Blossi Table is a part of the historic building in one of the meeting rooms at the Finance Committee.

PRODUCT ADDED TO BASKET.
This product will ship with special delivery
Go to basket
THE ITEM IS ADDED TO YOUR WISH LIST.
Skift til dansk.